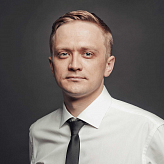 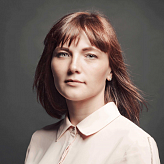 Our experience has shown that asking for competent legal advice at the beginning of audit/inspection procedures reduces the potential risk of interruption for business, and may lead to a decrease in fines and penalties.

The main provisions of audit checks are stipulated by Federal Law No. 294-FZ of December 26, 2008 “On the Protection of Legal Entities’ and Individual Entrepreneurs’ Rights in the Course of State Control (Supervision) and Municipal Control”.

It should be noted that this law does not cover all forms of investigations. In particular, it does not apply to financial inspections, tax audits, prosecutor's investigations, audits by law enforcement authorities, investigations of the causes of natural and human-made emergencies, infectious and mass non-communicable diseases (poisoning), work-related injuries, etc.

The law empowers the Russian Federal Service for Surveillance on Consumer Rights Protection and Human Wellbeing (Rospotrebnadzor), the Ministry of Emergency Situations, labor inspections, antimonopoly authorities, the Federal Service for Environmental, Technological and Nuclear Supervision (Rostekhnadzor), construction supervision authorities, etc. to conduct investigations which can be scheduled in advance or unexpected..

Scheduled inspection is carried out not more than once in three years provided that it is specified in the annual inspection plan of the relevant state authority.

A state body may conduct several scheduled inspections within three years. For example, if Rospotrebnadzor performs sanitary and epidemiological surveillance today, it does not mean that it won’t come to check whether your activities comply with the requirements of consumer protection legislation later.

Unscheduled inspections may be conducted at any time on the following grounds:

Bezrukov & Partners lawyers will protect your interests in case inspection, or other audit procedures are performed.

Any questions?
Leave a request, we will call back and answer your question.
Feedback
All Service
All Service Litigation Bankruptcy Taxation Debt Recovery Real Estate and Construction Inspections by State Authorities Corporate Legal Support Electric Power Engineering and Law Legal Support for Investment Projects in Russia